Why the Future of the Internet Depends on Fiber Optic Networks 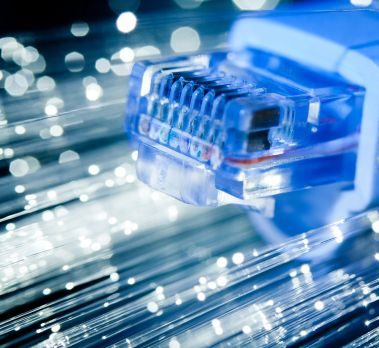 Fiber works differently from the broadband service that has been provided by cable companies. These traditional networks use copper cable networks, and telephone companies, which use their old POTS (plain old telephone service) copper network.

Today’s NGN (next generation) network transmits data using light. Imagine a laser passing through optical fiber at two thirds the speed of light. Because of this technology, fiber can cover much longer distances without signal loss and uses much less power. The lack of electric current means no need to worry about sparks or shocks.

Since electrical interference doesn’t affect light, it’s not a problem either. So, this means more reliability. Fiber doesn’t require shielding and it can be installed close to electrical transmission lines, cell phone repeaters or WiFi transmitters. This also makes it more secure as it is impossible to tap into the line like you can with copper cabling.

Another advantage of fiber is the core of the cable has one or more very thin strands, each capable of sending a separate signal so one cable can stream multiple data and video feeds. The fiber itself is usually plastic that is more pliable and flexible than glass.

The fiber cable itself is very strong and its pull strength is much more than copper.

For many years, the telephone and cable companies have used fiber for their network backbones but now these backbones are expanding and entering towns and cities. From there they are connected to local cable head-ends and telephone exchanges.

Once there’s fiber in the home you can stream multiple high-definition feeds (or 4K video!) as well as the fastest Internet imaginable.

This technology has come a long way. The speed of a broadband connection is described in megabits per second or Mbps. Phone companies use a technology called DSL or digital subscriber loop, which allows a digital signal to be sent over the existing wiring known as twisted pair wiring.

Data is transmitted by an electrical signal and copper is used because it’s a great electrical conductor. But, your Internet connection is vulnerable to the quality of the wiring and any electrical interference. It can also be affected by corrosion, and as there is resistance in the copper wire, the electrical signal will degrade over long distances.

Cable modems are usually capable of higher speeds in the 100’s of Mbps, but in comparison fiber optic has almost unlimited potential and usually delivers gigabit speeds. That’s a 1000 Mbps or a 100 times faster than the old broadband!

back back to news next